It’s been a long time coming but Dwayne “The Rock” Johnson’s highly anticipated DC Extended Universe debut is now on track to arrive in theaters. Black Adam, starring the wrestling legend and actor as the titular antihero, is a spinoff and sequel to the 2019 movie Shazam!. The movie has been in the works since the early 2000s and now we’re finally getting close to seeing it in theaters. Black Adam, a powerful being on par with Superman, is the original champion of the wizard Shazam. But unlike his heroic counterpart played by Zachary Levi, Adam’s sense of morality is often a bit more… let’s say flexible. Black Adam will tell the story of the character’s return to the mortal world after spending a long time in a magical prison. We can only guess what terrible vengeance he will have in store for the world. 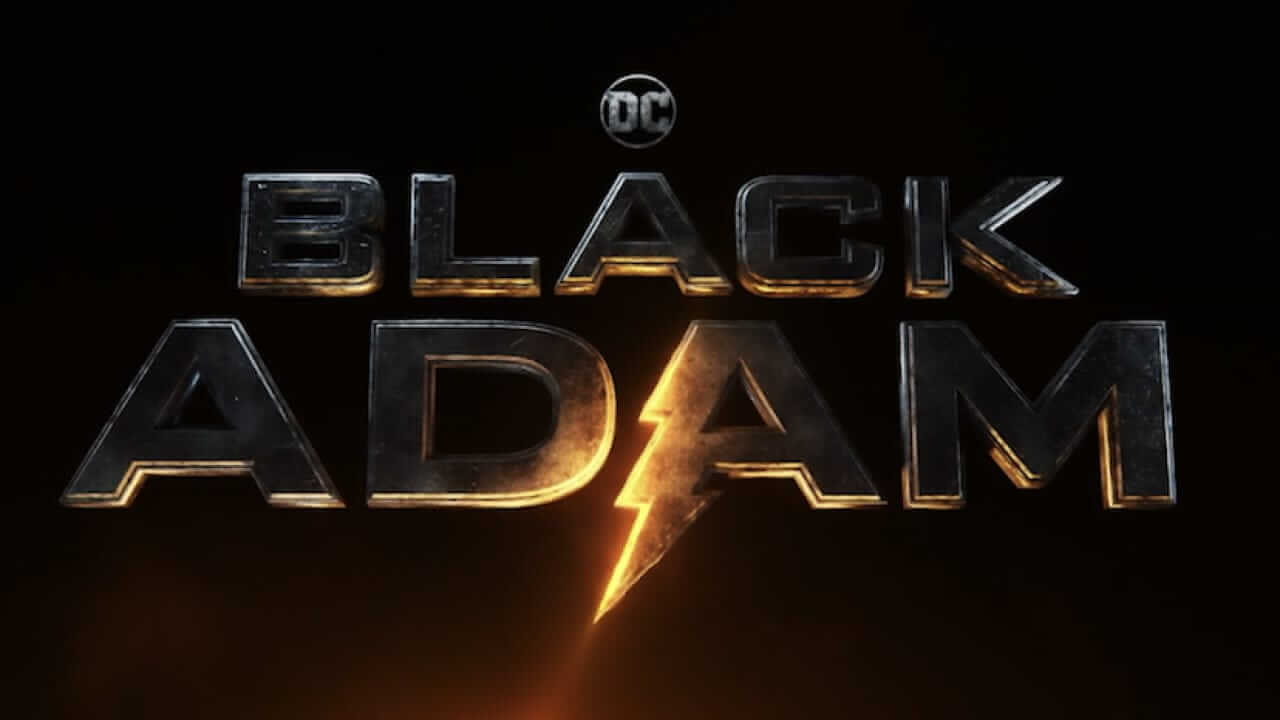 Black Adam is directed by Jaume Collet-Serra, who also directed Johnson’s new Disney movie, Jungle Cruise. Adam Sztykiel, Rory Haines, and Sohrab Noshirvani wrote the film’s story. Besides Adam, the movie will also feature several beloved characters from the Justice Society of America, making it a must-watch for DC fans. To get you prepared for this exciting new DCEU film, we’ve put together everything we know about Black Adam so far, from the plot and casting details to updates on filming and release dates.

Editor’s Note: This piece was updated on June 14, 2022, to include the trailer and new release date.

Wednesday evening, Dwayne took to Twitter to share a news article about Black Adam’s profitability. Alongside, he wrote, “Waited to confirm with financiers before I shared this excellent #BlackAdam news – our film will PROFIT between $52M-$72M. Fact.” The accompanying article by Deadline was an explainer on how the film has been profitable

Waited to confirm with financiers before I shared this excellent #BlackAdam news – our film will PROFIT between $52M-$72M.
Fact.
At almost $400M worldwide we are building our new franchise step by step (first Captain America did $370M) for the DC future.https://t.co/GBIgsbtnkq

The first official trailer for Black Adam hit the web on June 8, 2022, giving us our first real good look at the film after numerous teasers and clips. The trailer shows off the Justice Society of America having to take on the titular character after he’s been awakened from a 5,000-year slumber. At one point Hawkman tells Black Adam “Heroes don’t kill people,” with the anti-hero bluntly responding “Well I do.” With plenty of superhero action, a sense of humor, a snarky callback to the firstIron Man movie, and The Rock being The Rock (as Black_Adam), the trailer definitely didn’t disappoint. 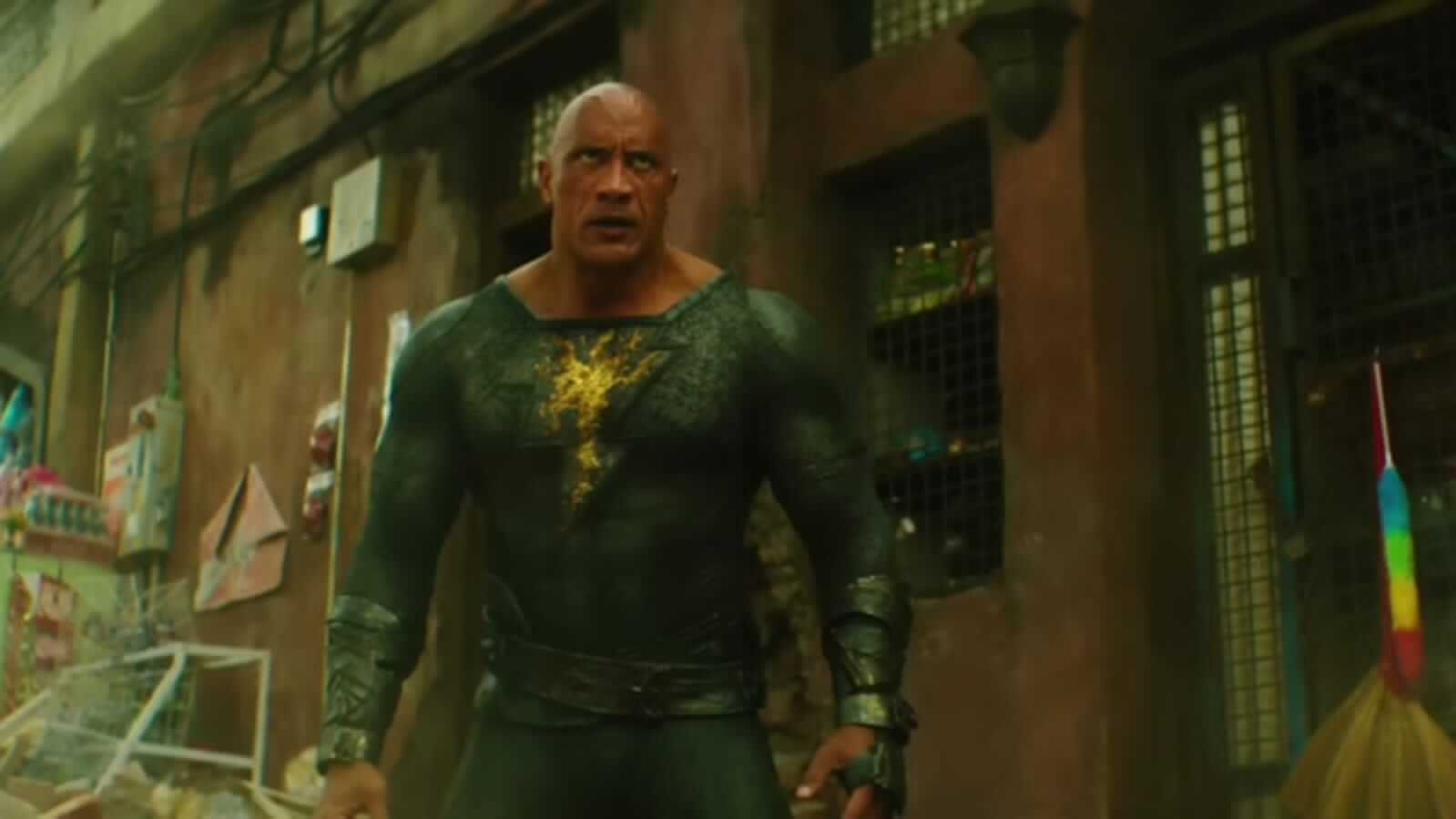 Black_Adam is currently scheduled to premiere in the United States on October 21, 2022. Originally, the film was supposed to arrive in theaters on December 22, 2021, but those plans had to be abandoned due to the COVID-19 pandemic. The film was eventually pushed to July 29, 2022, before ultimately settling on its current release date.

Besides Dwayne Johnson, the cast of Black_Adam will include a number of classic DC characters played by Noah Centineo, Aldis Hodge, Sarah Shahi, Quintessa Swindell, and Pierce Brosnan. Other cast members include Marwan Kenzari, James Cusati-Moyer, Bodhi Sabongui, Mo Amer, and Uli Latukefu, whose roles have currently not yet been revealed.

Despite the movie’s links to Shazam!, Levi and Asher Angel won’t be reprising their roles as Shazam and Billy Batson, respectively, in Black Adam. That’s just as well, though, because it does look like the film will have more than its fair share of superheroes.

Who Are the Confirmed Characters in Black Adam?

Dwayne Johnson as Black_Adam is, obviously, the main character of the movie. Born as a slave named Teth-Adam in the nation of Kahndaq, Adam is a brave and fundamentally heroic person. But despite his good intentions, he’s a ruthless warrior who would destroy anyone who gets in his way without a second thought.

Besides Adam, the movie will also see Shahi play Adrianna Tomaz, a university professor and resistance fighter in Kahndaq. In the comics, Adrianna eventually becomes the superhero called Isis and marries Black Adam. She is responsible for tempering Adam’s violent tendencies and pushing him towards more heroic paths. Whether the character will have a similar path in the movie is something we’ll have to wait and see.

Black_Adam will also feature the Justice Society of America, a multigenerational team of superheroes who were the predecessors of the Justice League. The JSA has had a massive roster of heroes in the comics (including Adam) but only a handful are going to appear in the movie.

Centineo will be playing Atom Smasher, a JSA member with the power to change his size and density. Adam Copeland played a version of the character in Season 2 of The Flash. 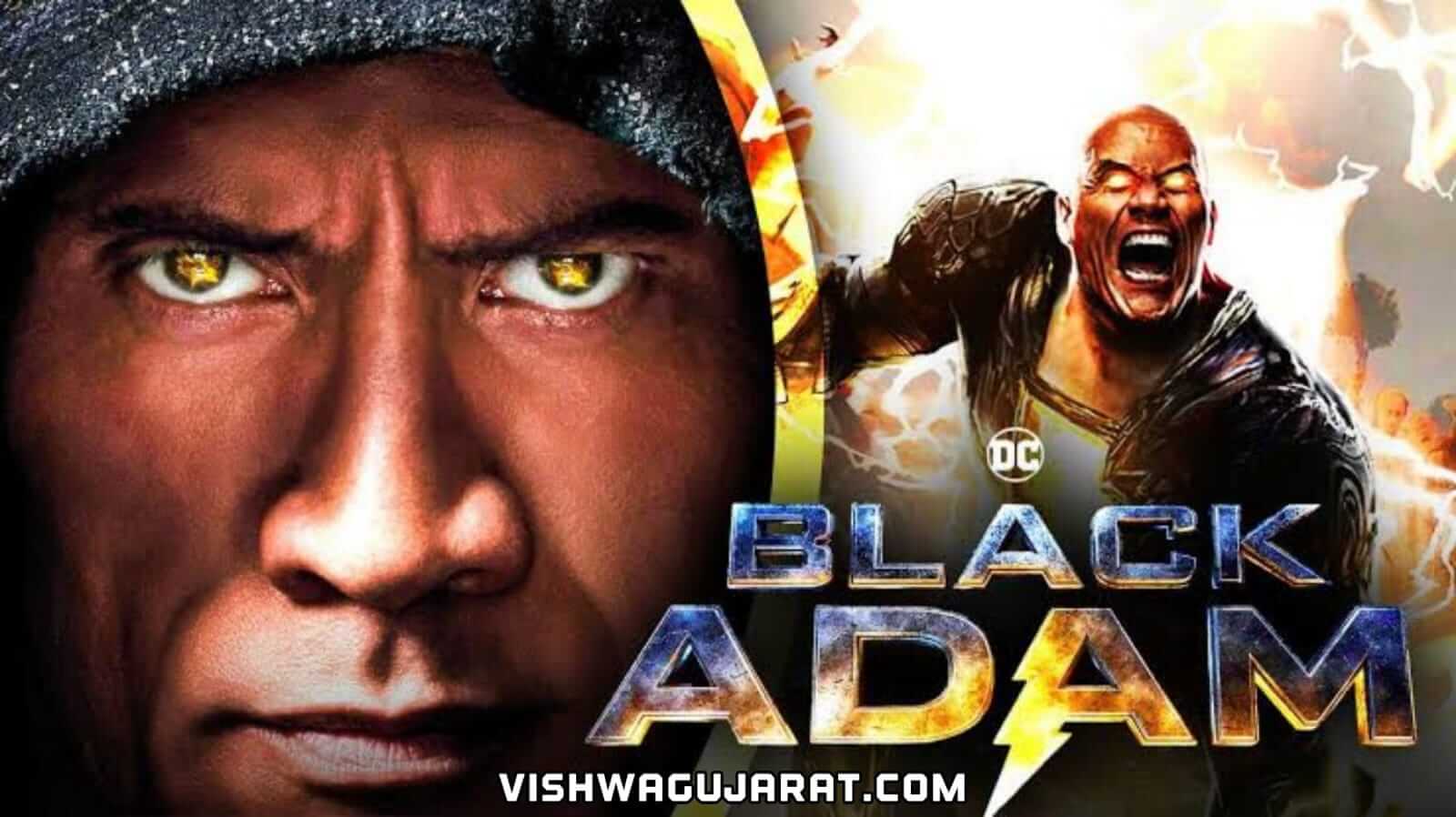 Hodge will appear as Hawkman. The leader of the JSA, Hawkman is the reincarnation of an ancient Egyptian prince. In this life, he’s an archaeologist who can fly using wings made out of an alien material called Nth metal. Hawkman is a popular character who has previously appeared in comics, animation, and live-action. The character was played by Michael Shanks in Smallville and by Falk Hentschel in The CW’s Arrowverse.

Swindell plays another JSA member known as Cyclone. She’s the granddaughter of the original Red Tornado. Cyclone has the power to control wind and sound. Her spot on the team was originally meant to be taken by Hawkgirl but the character was ultimately dropped from the movie.

Pierce Brosnan rounds out the movie’s JSA roster as Kent Nelson / Doctor Fate. Nelson is the son of an archaeologist who was chosen by the Helmet of Fate to become a magical superhero and defend the world against the forces of chaos. In case you’re wondering, Doctor Fate was introduced 23 years before Doctor Strange so he isn’t a rip-off of Marvel’s Sorcerer Supreme. Brent Stait played the character in Smallville and versions of the character have appeared in a lot of DC animated shows and games.

The movie will also feature the international gang of criminals imaginatively named Intergang. Additionally, Bodhi Sabongui will reportedly be playing an as-yet-undisclosed key character from the Black Adam comics.

When Is Black Adam Filming? 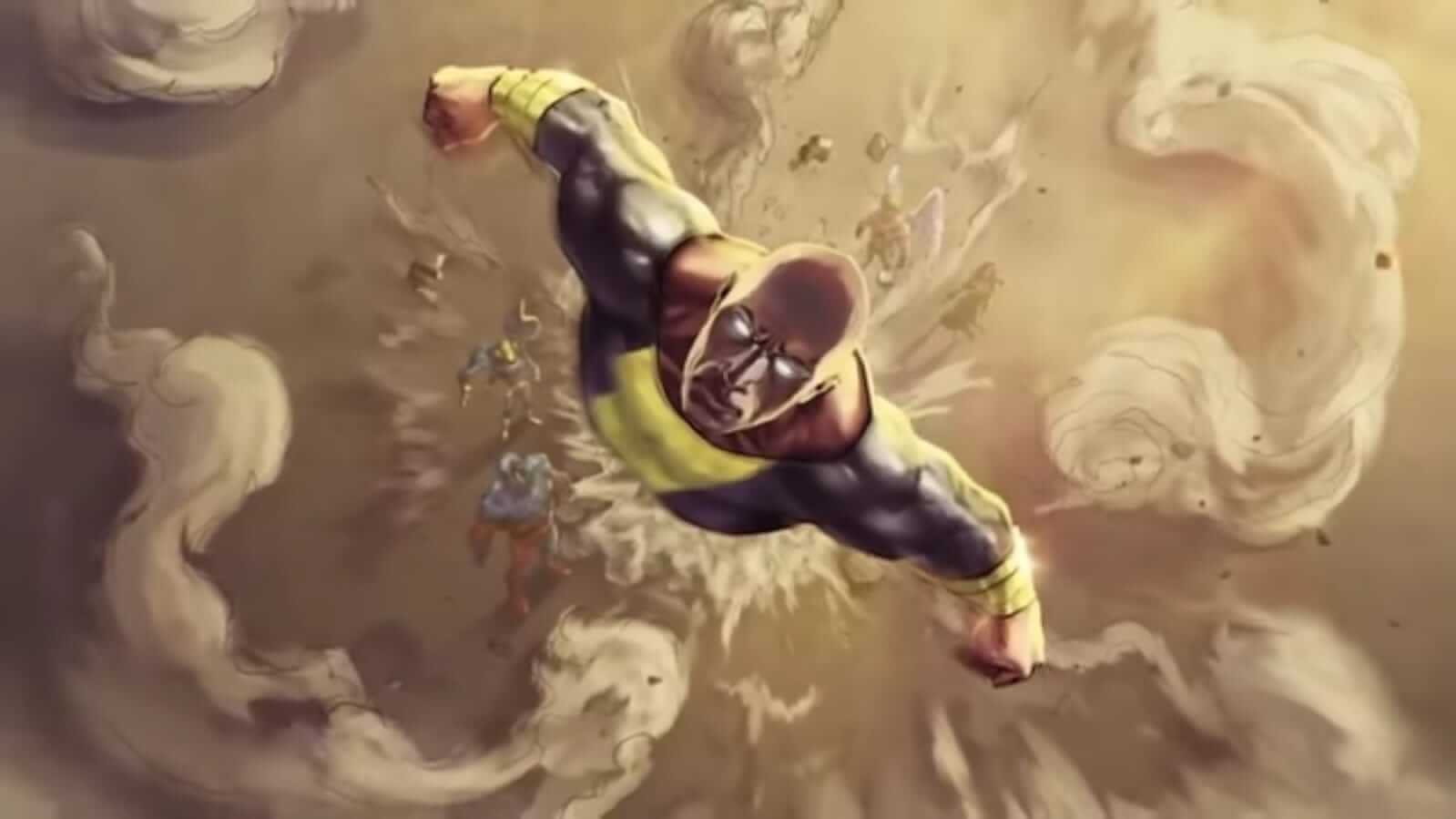 Principal photography on Black Adam began in April 2021 in Atlanta, Georgia. The movie was initially scheduled to begin filming in July 2020 but this was delayed by the coronavirus situation.

Johnson announced on July 15, 2021, that he had completed filming his scenes and the movie had officially wrapped. Some filming for the movie continued without Johnson for a few weeks after that, shifting to Los Angeles. Executive producer Dany Garcia confirmed this on July 25 saying, “We haven’t wrapped yet, so we still have a few more weeks. [Dwayne] wrapped, so that’s kind of a wrap. Black Adam wrapped. But we’ve got a lot of really good things going on that, actually, will continue in LA.”

When Is Black Adam Set?

Black Adam is expected to be set in the present day. Seeing as it’s technically a sequel to Shazam!, the movie will probably take place after the events of the first film.

Some parts of the movie are likely to be set 5000 years ago during the time of Kahndaq’s glory. But besides possible flashbacks, Black Adam will largely be a modern-day take on the character.

What Is Black Adam’s Story?

During Adam’s time, Kahndaq was an oppressive nation that used magic and sorcery to enslave parts of its population. But once he became the Champion, Adam used his power to liberate his people and rule Kahndaq as its king.

He was originally a hero but after his family was killed, Adam turned to darkness and unintentionally released the demons known as the Seven Deadly Sins. He was then imprisoned for his crimes and Black Adam will see him return from his prison after 5000 years, determined to return Kahndaq to its former glory.

It’s currently unknown how the movie connects to Shazam! but the death of the Wizard could be what allows Adam to escape his prison. While the specifics of the movie’s plot haven’t been released yet, we’ll probably see Black Adam re-establish his kingdom. This might cause the JSA to oppose him, leading to a war between Adam and the superheroes. Considering how these stories usually go, a bigger threat will probably rise, causing the heroes to band together to save the world.

“From New Line Cinema, Dwayne Johnson stars in the action adventure “Black Adam.” The first-ever feature film to explore the story of the DC Super Hero comes to the big screen under the direction of Jaume Collet-Serra (“Jungle Cruise”). Nearly 5,000 years after he was bestowed with the almighty powers of the ancient gods—and imprisoned just as quickly—Black Adam (Johnson) is freed from his earthly tomb, ready to unleash his unique form of justice on the modern world.”

Will Black Adam Have Sequels? 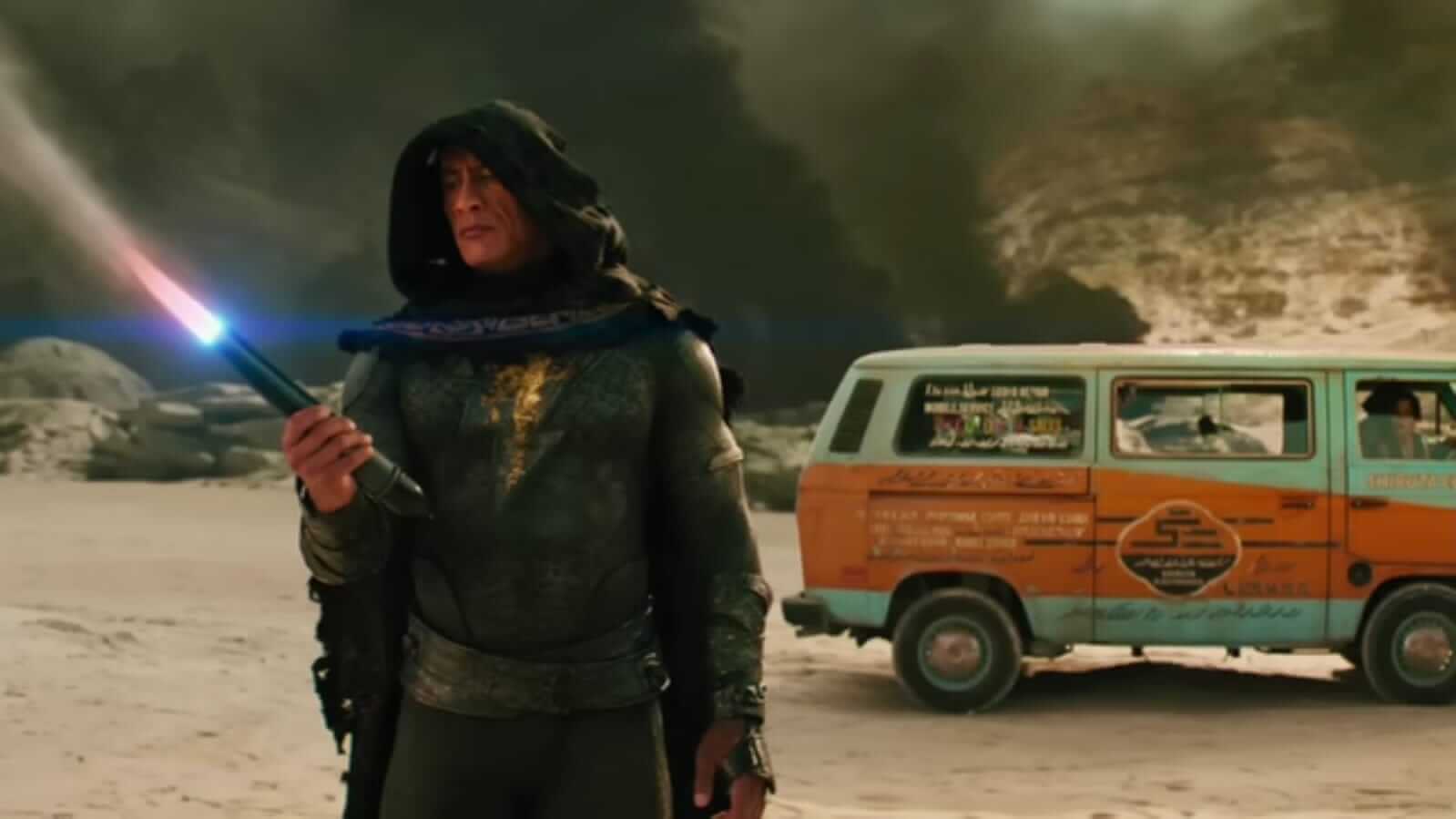 DC has big plans for Black Adam in the DCEU, though no sequels have been confirmed yet. In 2017, Johnson explained there were plans to have Adam face-off against Shazam in a future film.

Superman actor Henry Cavill had also teased a possible crossover between Black Adam and the Man of Steel in the DCEU’s future. His exact words were that “There is definitely some kind of work towards that.”

Now admittedly, plans do change so we might not actually get a Black Adam v Superman: Dawn of Capes movie. But the character will definitely have a future in the DCEU in some form, even if nothing has been officially announced. Black Adam has recently had a resurgence in the comics, even becoming a main member of the Justice League. So it does look like DC is pushing the character to be a major player in the coming years. Of course, whether Black Adam does get to have a sequel or not will depend entirely on the success of the movie once it debuts.

Weaknesses. Magical Vulnerability: Only significant magic can affect him. Lightning: Lightning attacks that cause damage and can cause Black Adam to revert back to Theo Adam.

Black Adam made his DC Comics debut in 1945.
Teth-Adam screamed, “Shazam!” and drew powers from Egyptian gods. These powers include the stamina of Shu, the swiftness of Heru, the strength of Amon, the wisdom of Zehuti, the power of Aton, and the courage of Mehen. The power corrupted Teth-Adam and turned him evil.
Black Adam’s power levels have been shown to be stronger than SHAZAM!’s. He has been depicted as strong enough to take on the Justice League, Justice Society, and most of the DC Universe. The power of six Egyptian gods grants him different abilities.
In the comic books, Black Adam was an Egyptian slave named Teth-Adam who was granted powers by the Wizard Shazam. However, he was corrupted and misused those powers – specifically by usurping the throne by killing the Pharaoh.
Black Adam is depicted as someone with god-like abilities, granted to him in the same way that Shazam got his powers. He comes from a civilisation that existed 5,000 years ago but was eventually destroyed due to the corruption of his powers.