In China, researchers have discovered a hitherto unknown pathogen, which has caused widespread concern. It is known as the Langya virus or the Langya henipavirus. While it was found in several eastern regions of China as early as 2018, experts didn’t publicly identify it as the Langya virus until last week. According to the Centers for Disease Control and Prevention in the United States, zoonosis, which refers to the transmission of an illness from animals to humans, is responsible for more than six out of every ten of infectious diseases that are known to affect people. Read the article to learn about Langya Virus Symptoms, Causes, Treatment, Precautions, and Cases. 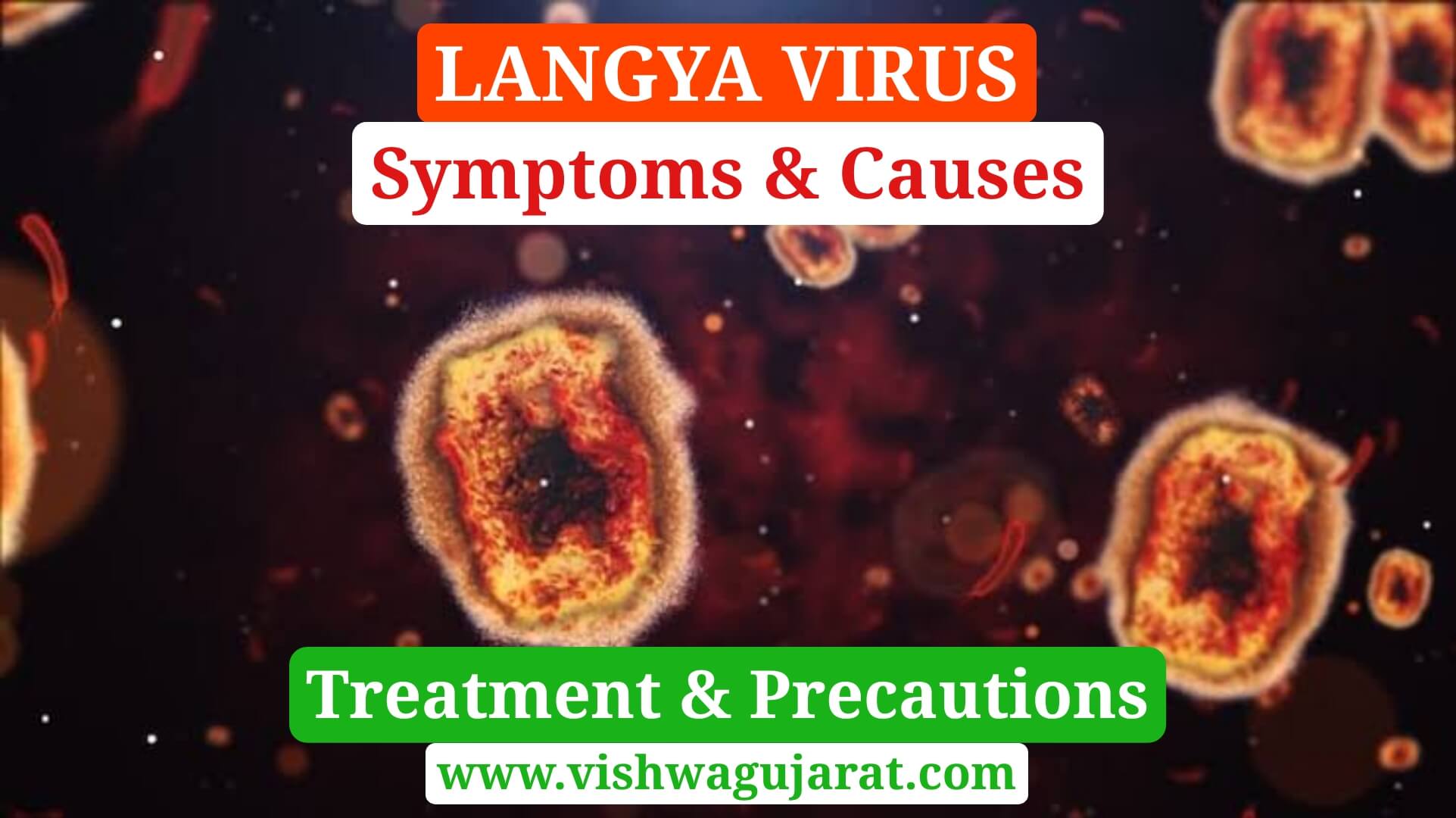 People who have contracted the disease have reported symptoms such as that include fatigue, fever and cough, as well as anorexia, myalgia nausea, headache and vomiting. Additionally their livers function in about 35 percent of the people infected was impaired and 8 percent of the patients affected had impaired kidney function. The doctors pointed out the virus could cause an increase in the amount of platelets present in blood and serious damage to the liver and kidneys and, ultimately, the eventual death.

To find out what symptoms are associated with the symptoms of a LayV infection, the study examined 26 people with an LayV disease. While all 26 people had a fever, only 54 percent felt exhausted, 50% were coughing and 38 percent were sick in their stomachs. The majority of the 26 (or 35%) complained of vomiting and headaches as signs. Additionally, as per the findings of the study 35% of participants suffered from an impaired function of the liver, while only 8% of them had impaired kidney function. Read also: Top 5 Health Fitness Apps in India 2022

According to the study the subjects showed irregularities like “thrombocytopenia (35%), leukopenia (54%), poor liver (35%) and kidney (8%) function.” A low platelet count is also known as thrombocytopenia. While leukopenia is a term used to describe a decline in the amount of blood white cells present in the blood. This can reduce the body’s ability to fight illnesses. Read also: 13 healthy Breakfast Ideas For Good Health 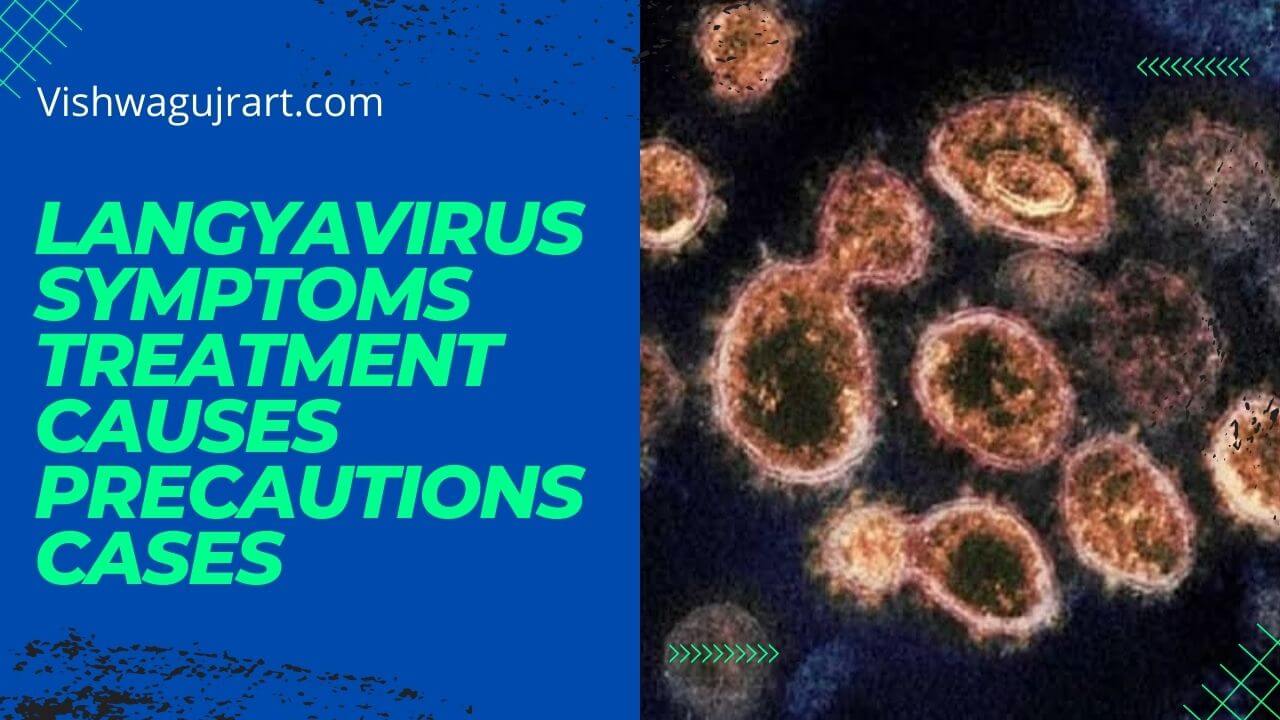 It is known as the Zoonotic Langya virus, often called LayV is a recently discovered henipavirus derived from animals that is usually passed from animal to animal. But, with the discovery of 35 human-related illnesses in China health professionals in the area of public health are more concerned about human-to-human transmission of this virus.

However research tests performed on 25 kinds of wild animals revealed the possibility that an extremely small mammal named an shrew which consumes insects and is identical to mice could be the primary host for the Langya Henipavirus. According to an official of the CDC the virus was identified in about 27 percent of the shrews tested.

This comes at a moment that China is working to stop rare coronavirus outbreaks, that first surfaced in Hebei earlier in the year. Beijing announced a series of rigorous lockdowns to stick to the zero-COVID policy, that resulted in 11 million people living in Hebei being forced to stay in their home. At the time, Shanghai reported a second epidemic of illness which forced Beijing to enforce strict limits on the city’s residents.

In the wake of the announcement of an outbreak in COVID on Monday the Chinese government under the direction under the leadership of Xi Jinping, imposed restrictions on the beach town of Sanya which effectively resulted in the stranding of around 80,000 tourists. Read also: What is xe variant of covid 19? COVID 19 XE Variant Symptoms & Treatment

Be aware of the dangers of contact with animals and sick people. Consumption of date palm sap or any other substance that could be associated with it is not advised. To determine the presence of viruses you must look for specific antibodies in blood and cerebrospinal liquid. Antibodies could take from 2 to 3 weeks to develop and may be present within the body for as long as three months.

As of now, there is no vaccine or an antiviral drug that can cure the disease; instead the focus is on taking care of the symptoms. Other methods to prevent the disease include limiting the contact between humans and animals and implementing safety measures to ensure that you do not come into contact with infectious fluids and excretions, as well as massive culling of animals who are confirmed to have this HeV virus. Furthermore, any animal who are at risk need to be vaccinated against HeV. Read also: Tomato Flu Virus Symptoms, Cause! Fever Treatment, Precaution

There is no current treatment for Langya Henipavirus as it’s an extremely new virus. Based on the Centers for Disease Control and Prevention (CDC) they state that the most common treatment for henipaviruses includes providing support and taking care of any issues that might arise (CDC). According to the Centers for Disease Control and Prevention (CDC) declares that the antiviral drug known as ribavirin is proven to be effective in research conducted in laboratories; however it is unclear as of now what its effectiveness is when managing patients within the actual world.

A new zoonotic disease was discovered in China’s two provinces of eastern China just three years since the distinctive coronavirus first was discovered across the country. At the moment there are 35 confirmed cases by the disease. Langya Henipavirus, sometimes referred to as LayV is a different name for this new type of Henipavirus.

Henipaviruses, a type of pathogen, are classified in the biosafety class four (BSL4) threat. This is due to the fact that they can cause severe illness in humans and animals and currently there are no vaccinations or medicines that are approved to be used on human beings. Read also: Amazing Health benefits of Yoga And Asanas

How Do Doctors Treat Langya Virus?

There aren’t any approved treatments for henipaviruses. Experts have only tried a few antiviral options in animal studies. There’s no specific vaccine for the Langya virus either.

But ribavirin may be a good treatment. Doctors often use this medication for viral infections with no current treatment option. Ribavirin is helpful for RNA viruses and can be useful for those that cause respiratory issues.Studies show that ribavirin is effective for both Hendra and Nipah viruses. The malaria drug chloroquine might also help treat these two. So these two therapies may also help control Langya virus if needed.