Pathan Movie is an anticipated Bollywood action drama film by Siddharth Anand to be released in 2023. Aditya Chopra is producing the film under the brand Yash Raj Films, owned by the Chopra family. Danish Alam and Siddharth Anand collaborated on the script for the Pathan movie. Shahrukh Khan and Deepika Padukone will be seen in the lead roles, with John Abraham appearing in a cameo.

“Pathan” is an intriguing action thriller production from Bollywood’s Badshah, returning with another fascinating movie. King Khan was seen outside the Yash Raj Studios, indicating that the film would be another powerful smash. The most recent film this actor appeared in was Ero Zero, released in 2018. Since then, all Shah Rukh Khan fans have been eagerly anticipating the release of the Shah Rukh Khan flick. Are you also excited to know the release date of the Pathan movie? Keep on reading to know all the detailed information about the upcoming movie of King Khan. 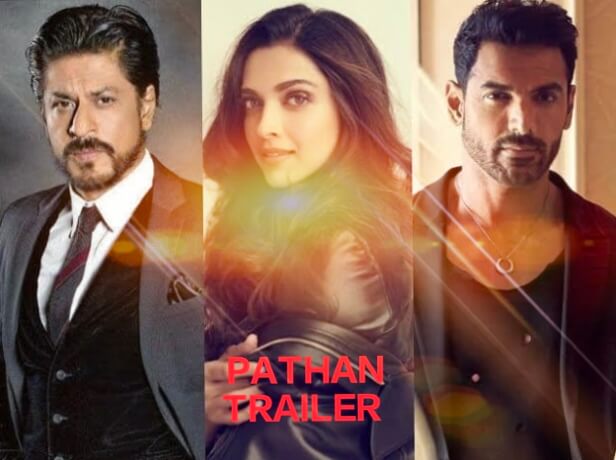 Because many people saw the actor’s presence outside the Yash Raj Studio, fans are now eager to learn when Pathan will be launched on the big screen. Are you giddy with anticipation as you await the Pathan movie release date? Continue to read the article to learn more about the actor’s forthcoming movie.

Siddharth Anand will direct and write the action-thriller drama Pathan in the following months, in India’s Hindi language. Shah Rukh Khan, Deepika Padukone, and John Abraham are the film’s stars set in Mumbai. Shah Rukh Khan will be seen in this film portraying the character of a snooping spy. The first teaser for Shah Rukh Khan’s next flick, Pathan, has been released. A theatrical release date has been set for January 25, 2023. Tamil and Telugu versions of the film will also be released.

Fan anticipation for King Khan on the big screen has been building for some time, and he is finally here. His fans were looking forward to his upcoming film because of his charisma, action, and romance. By recent sources, the actor has begun production on his following picture, and you will be able to see him on the big screen very soon.

The film will be produced under the Yash Raj Studios banner. Aditya Chopra is the producer, and Siddhart Anand is the director of Pathan; he also directed the super hit movie War.

Even though we have yet to get an official declaration about the film’s budget, reports suggest that Pathan will have a budget of over 250 crores. A fantastic ensemble has been assembled for this picture, and the inclusion of Salman Khan may well propel it into the 500 clubs, something no Hindi film production has achieved yet.

With an all-star cast, the picture will be a smash hit! Everyone involved in the Pathan film’s cast is among the highest-paid actors in the industry. Starting with Shah Rukh Khan, we’ll go on to other celebrities. Deepika Padukone will play Heroina. John Abraham will play an evil character in the film. In addition, Ilez Badurgov will portray the part of a police officer in the Pathan series.

In the teaser, John Abraham and Deepika Padukone are seen welcoming Pathan. With his long hair, Shah Rukh Khan is seen in a great vision. YRF is known for producing espionage films, and it is believed to be a part of the YRF universe. Tiger and its successors, War, and, most recently, Pathan, are all on this list.

The film critic Kamal R Khan has leaked the story through his tweets. According to his tweet, Shah Rukh Khan will be playing the RAW agent, John Abraham will be playing as Russian Mafia, and DeepikaPadukone will play as a police officer

In Pathan, there will be a dystopian setting and a crime thriller. According to sources, the film’s scenes would include footage from locations in and around the Middle East. As a vast drug kingpin, John Abraham will take on the role of the bad guy. A ruthless individual who would have murdered his mother is what he would become in this lifetime.

Shah Rukh Khan will portray a RAW agent, while Deepika Padukone will portray a police officer in the movie. Watching the characters come to life on the big screen will be incredible. Hindi, Telugu, and Tamil versions of the classic pursuit between police and criminal will be available.

After a lengthy period, we will finally witness King Khan on the big screen. Under the auspices of Yash Raj Studios, he will make a triumphant comeback. The film is directed by Siddharth Anand and produced by Aditya Chopra.