Jagannath Rath Yatra 2022 Date | Puri rath yatra 2022 | : Ratha Yatra, also known as the Chariot Festival, is a major festival of Hindus that is held every year at Puri, Odisha.

The tradition of Jagannath Rath Yatra is very old with its description being found in old Purans and Samhitas. During the festival, procession of three chariots of Lord Jagannath, His brother Lord Balabhadra and sister Goddess Subhadra are carried out from the Jagannath temple to the Gundicha Temple making a stop at the Mausi Maa Temple.

Chariots of Jagannath, Balabhadra and Subhadra are made and decorated in different styles same as the one followed for centuries and are carried by the priests. It is considered highly auspicious to pull the chariot and is therefore joined by large number of followers. In this article, important details related to Jagannath Rath Yatra 2022 has been provided.

Jagannath Rath Yatra 2022 is celebrated on the second day of Shukla Paksha in the Hindu month of Ashadha. According to the Gregorian calendar, this usually falls in the month of June or July every year. In the upcoming year 2022, the Jagannath Rath Yatra 2022 will be carried on Friday, July 1. This day is observed as a gazetted holiday in the state of Odisha and all kind of institutions remain close.

Similar to Jagannath Rath Yatra, Kang Rath Yatra is celebrated in the state of Manipur. It is a 9-day long festival in which processions are carried out with a chariot housing the Meitei God Lainingthou Sanamahi. Although the history of Kang Rath Yatra is very old, it was stopped some 350+ years ago and was resumed recently in 2018.

Jagannath Rath Yatra 2022 observes devotees in large number who come from all over the world to be a part of this festival. A huge procession is carried out with drums clanging, devotional songs, dance performances going out all around. Let us know some more about the celebrations and festivities related to Jagannath Rath Yatra 2022. 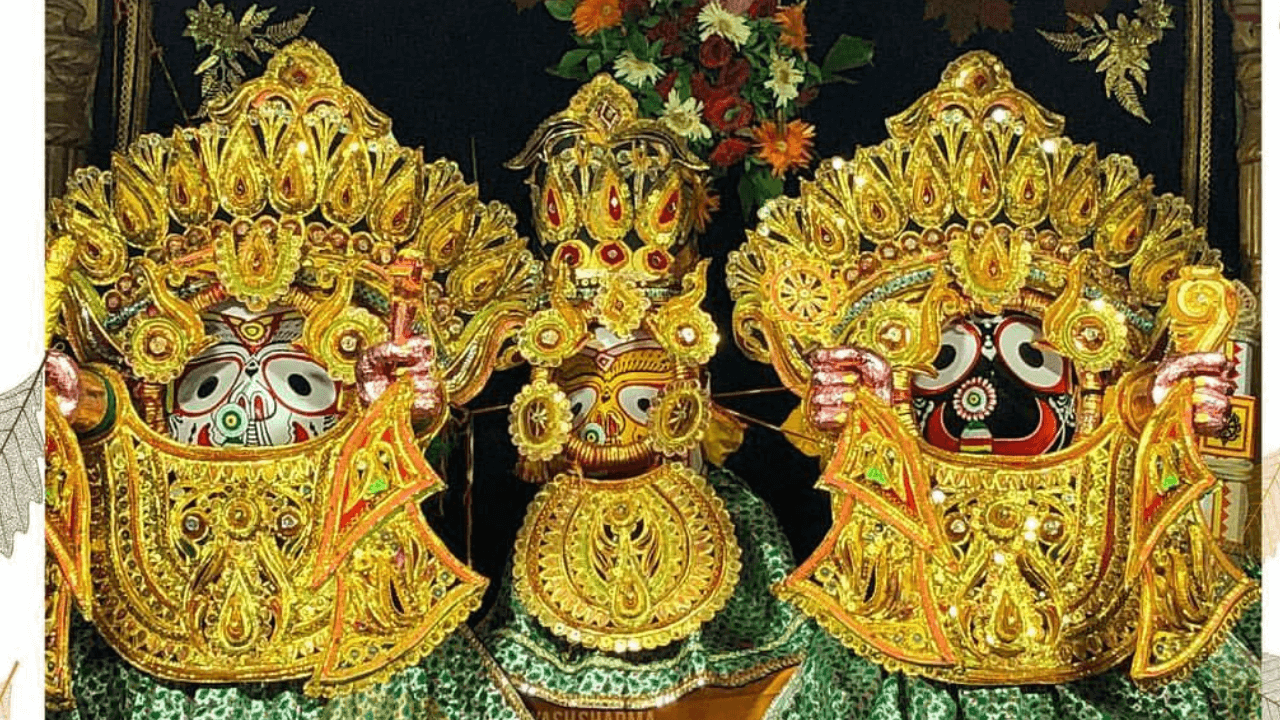 Chariots of Jagannath, Balabhadra and Subhadra are lined up on the temple’s entrance called as Sinhadwara meaning the Lion’s Gate. Idols of the three gods are removed from the Jagannath Temple and placed on the respective chariots. The chariots proceed for the Gundicha temple drawn by priests and thousands of devotees. On the way, the chariots stop at the crematorium of Bhakta Salabega to pay tribute to him.

Once the chariots reach and return from the Gundicha Temple, it again stops at the Mausi Maa Temple (Aunt’s abode) where Lord Jagannath and other deities are offered a special type of pancake, called as Poda Pitha, considered to be the favorite food of Lord Jagannath. The chariots then come back to the Jagannath temple after a total stay of seven days. The procession of the three chariots from Jagannath temple to Gundicha temple is called pahandi.

Hera Panchami is a ritual observed on the fifth day of Rath Yatra. During the Ratha Yatra, Lord Jagannath comes out His chariot along with His brother, sister and his divine weapon, and left His wife Mahalaxmi behind, making her very angry. The Goddess expresses her anger for the Lord. She comes out in a palanquin and threatens Lord to come back. To please his wife, Lord Jagannath offers her a garland of consent. Goddess Mahalaxmi returns to the main temple through the Nakachana gate. After certain time, she secretly escapes to her home temple via a path known as Hera Gohri Lane.

New chariots of Jagannath, Balabhadra and Subhadra are designed every year with wood of specified trees like phassi, dhausa, etc and other material like decorative cloth pieces and flowers. The size of the three chariots vary and indicate a hierarchy between the three deities. Chariot of Lord Jagannath is called Nandighosh and it has 16 wheels. Chariot of His elder brother Lord Balabhadra is called Taladvaja, and has 14 wheels. Chariot of Subhadra is the smallest of the three and is called Padmadhvaja, with 12 wheels. When the chariot festival ens, these raths are dismantled and the woods are used as fuel in temple kitchens.

Question 2: Where are the Jagannath Rath Yatra held every year

Answer: RATHA YATRA, the Festival of Chariots: Chariots of Shri Jagannath is celebrated every year at Puri, the temple town in Odisha.

Question 3: Which is the biggest chariot in the world?

Answer: Tiruvarur temple car holds its recognition as the largest temple car of the world.